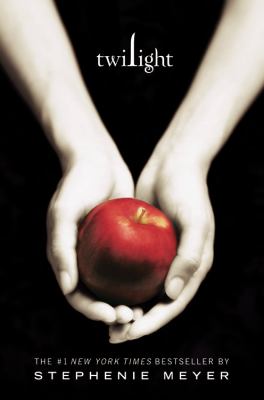 Bella Swan loves her parents, her mom who is divorced and re-married, and her dad who is divorced and un-married. Her mom's husband is a minor league baseball player, so he is constantly moving around with the family. It started to get too much for Bella, with all of her schooling and her parents being gone all the time, so she decides to move to Forks, Washington with her dad, the rainiest place in the USA. She is moving to a new school, with new friends and a life.

Moving from the year long hot temperature to cold and rainy Washington is a hard move, but at least her skin tone fits in. As she begins the day, she meets some nice friends, but at lunch, she sees Edward Cullen and his family. According to Jessica, the school's gossip, their family is estranged from the other kids at school, with their pale skins and their beautiful complexions. Alice is the short girl with a pixie haircut. Jasper and her are together and in Bella's grade. Jasper is the "one who looks like he is in pain" (Twilight). Rosalie is with Emmet. Rosalie is beautiful with a goddess complex. Emmet is very strong looking and even stronger than he looks. And then there is Edward. Edward is very quiet and seems to hate Bella from the second she walked into class. He is gone for a few weeks, and when he returns Bella notices a shift in him. He actually seemed nice and asked her questions about herself. While leaning on her truck listening to music and studying, she doesn't notice the car coming at her, until Edward has her knocked on the ground and pushing the car away from her with ease.

Shebegins to wonder how someone could move that fast and strong, and when she is attacked in the city and Edward saves her again, she can't help but wonder, is this family human? As she
uncovers a story more than hundreds years old, she becomes even more in danger, while Edward tries to keep her safe from herself.

While reading this book, I noticed a few things that I wanted to point out. This whole book is from Bella's perspective, which keeps you wondering what Edward was thinking all the time. Edward has an ability that would cause you to wonder what he thinks about some of the topics in the story. Also, you begin to wonder what the other Cullen's stories are, and some of the are described, while some are not. There is a pdf version of Edwards perspective of this book, but it only goes halfway through the book as she decided to finish it over a period of time. You can find it at Midnight Sun.

My rating for this book is a 4.5/5. I didn't really have a problem with much of the book. While it does only come from Bella's perspective, the author wrote it in such a way that it portrayed many of the things that people Bella's age may have been dealing with. The only thing that bugged me was that I always wanted to know what Edward was thinking, though there is a out-of-book pdf for part of that. If you do not enjoy anything paranormal, you will not enjoy this book, but that part did not bother me as it was kinder paranormal.

Check out Twilight at the Newport Beach Public Library.