To Kill a Mockingbird by Harper Lee 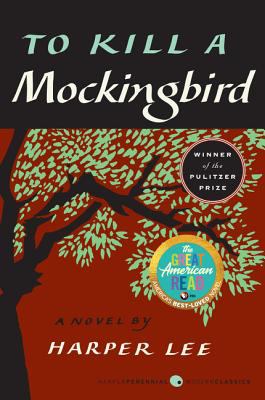 Scout and Jem Finch live with their widowed father, Atticus, in the sleepy Alabama town of Maycomb. One summer, the children befriend Dill and plots to uncover the identity of the town ghost, Boo Radley.

Meanwhile, opposing Maycomb’s racist white community, Atticus, a lawyer, takes on the job of defending Tom Robinson, a black man accused of raping a white woman. Because of this, the Finch family is subjected to abuse from other children and even adults.

That’s the simple explanation, but this story is much deeper, so much deeper.

I’ve always wondered why the title is To Kill a Mockingbird. After all, what does killing a mockingbird have anything to do with fighting racism? But throughout the novel, I began to find answers. Mockingbirds are symbols of innocence. They don’t do anything but sing for us to enjoy, making it a sin to kill a mockingbird. This novel represents the killing of the children’s innocence as they grow in the racist Maycomb community. It tracks their growth and development in a community of bad influences. Just like how “it’s a sin to kill a mockingbird,” it’s a sin to destroy children’s innocence.

In my eyes, the character who deserves the most applause is Boo Radley, the town ghost. His existence embodies the theme of how one must step into someone else’s shoes and see things from others’ point of view. If we take a look from Boo’s point of view, we can see a Boo who doesn’t like to hang out with other people because he is scared. We can see a boy who is too frightened to go out in broad daylights and make friends. He uses invisibility as his shield against the evils in Maycomb. One day, he looks out the window and sees a girl and two boys enacting a strange play. A summer goes by and he sees the girl and boy peering down a knothole. The next day, he sneaks some of his treasures into the knothole: a switchblade, a coin, a spelling bee medal for the children to discover. One night, just before he goes to bed, he sees them return home in a Halloween costume and a man in their pursuit… Boo is a character who actively looks for ways to give back to Maycomb despite the hate he receives.

I rate To Kill a Mockingbird a 9/10. From a philosophical and teaching point of view, it should be a 10/10. It teaches me how bravery can take different forms from where Atticus defies society to defend a black man. It teaches me how appearances can be deceptive and to judge appearances more fairly from Mr. Dolphus Raymond who pretends to be a drunk to give society a reason to latch onto other than love for marrying a black woman. But as an antsy teenager there are moments in the novel where I can’t find meaning to and want to skip. Okay, correction: where there are so much meaning in this novel that it drains my attention span. But all in all, To Kill a Mockingbird deserves its title as the Most Read American novel.

Check out To Kill a Mockingbird at the Newport Beach Public Library.