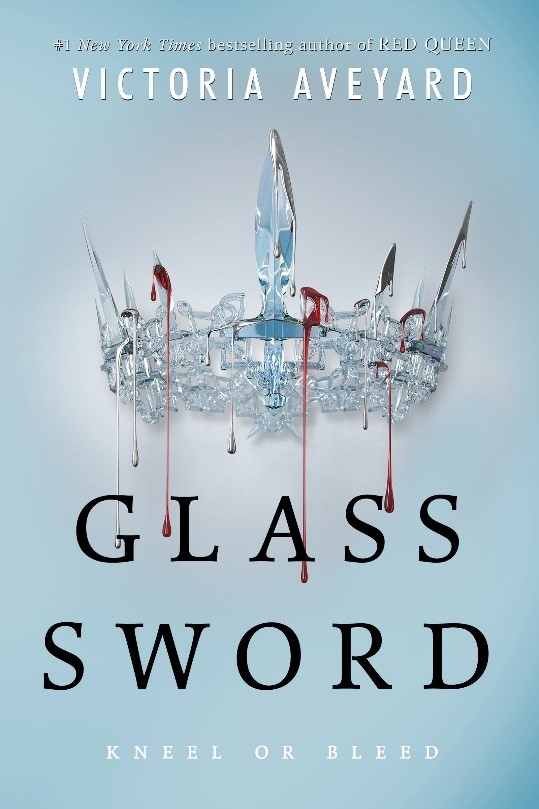 In the midst of ordinary Reds and Silvers with special abilities, a mutation brings forth a new kind of human—newbloods. Reds with abilities foreign to the world, abilities stronger than Silvers’. They’re Red and Silver. Stronger than both.

After the escape of Mare Barrow, a newblood who wields lightning, and Cal, an exiled Silver prince, Maven rises to the throne tainted with the blood of his father. Determined to keep the country under his grasps, the new king seeks to annihilate the Scarlet Guard, an organization devoted to bringing justice to the oppressed Reds from the Silver kingdoms, as well as feed his twisted obsession with Mare, the newblood he was once betrothed to and once betrayed.

Meanwhile, the Scarlet Guard does not remain a safe refuge for Mare and Cal, both unknown to the Reds of the Scarlet Guard. Agitated to save newbloods like her before the king finds them, Mare requested assistance from the Colonel, only to be refused and locked into a prison built to contain people like her, built to silence her abilities. The search only begins with the help of her friends and Shade, her brother and jumper, who jumps Mare and the others to a jet. Before the Colonel knew, they whisked away, off on an expedition to recruit newbloods.

The first missions were successful, until rescue missions became graveyards. Precious days slipped by without a live breath, instead with corpses and letters from the shadowed king begging for Mare’s return in exchange for the end of his slaughter. Mare, the lightning girl, cracked under her veil, the ghosts of those who died for her unfaltering in her soul, yet deep down, she hoped the king would return to who he once was or pretended to be--a kind, shy boy shadowed by his brother.

No, she needed to rise. Red as the dawn.

But at what cost?

The thrilling second book to the bestselling series Red Queen, Glass Sword marks the beginning of a rebellion. The startling contrast of the main character, the transformation from an innocent country Red thief to the leader and image behind the stirring rebellion—the Red Queen, is astonishing. Trust had been sucked out from her electrical veins after the betrayal of the new king, turning her to something on the edge of emptiness and monstrosity.

Anyone, can betray anyone.

I rate this book a 12/10. I finished this tale in a day and thirsted onward to the next book in the series. Action, bloodshed, betrayal… It’s enough to kick adrenaline into your bones, driving your eyes to the next line, the next page. It’s astounding how much of this fantasy lives right within our very own home. To our tendency to divide, to split for things as little as the color of our skin. We could find every reason to separate, every reason to hold resentment for another kind, even without the superiority of special abilities. This tale is the consequence of this division. As it is only when we divide, are others able to conquer.

Check out Glass Sword at the Newport Beach Public Library.