To Kill a Mockingbird By: Harper Lee 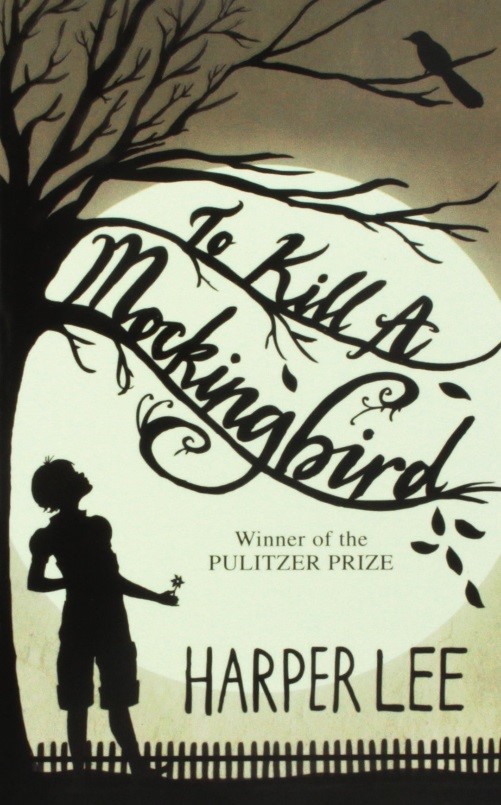 The main character of the novel, Scout Finch, is a young girl who lives with her father Atticus and her brother Jem. Set in the town of Maycomb, Alabama during The Great Depression, we follow the adventures of Scout and Jem, along with their neighbor Dill during a period of social tension. Despite the overall depression, the Finch family lives pretty well due to Atticus’s high position as a lawyer. The beginning of the book is rather light hearted and innocent, as we witness the young trio of friends tell stories and act plays. They also becomes interested in the mysterious Boo Radley, a neighbor who never leaves the house. This plot progresses as the group discover gifts hidden on a tree in the Radley property, only deepening the mystery. While their continued interest leads them to frightening experiences such as a night where Boo’s brother Nathan shoots at them, Atticus warns the excited children to think about the situation from Boo’s perspective, helping widen Scout’s understanding.

Simultaneously to this, a much darker plot progresses regarding an african american male, Tom Robinson. Tom has been falsely accused of rape by Mayella Ewell. Atticus takes the case and boldly defends Tom in both court and real life - he stops a lynching mob outside the jail where Tom is being held. During this period, Scout and Jem innocently proceed through this period of racial injustice. When Tom is convicted despite a complete lack of evidence, Jem is left especially traumatized and doubtful. The accusers father, Bob Ewell, was the true cause of Mayella’s injuries and pain, but still vowed to take revenge on Atticus despite his victory in court.

One night, when walking back from a school event, Jem and Scout are attacked by Bob. However, they are miraculously rescued by Boo Radley, who comes out and stops Bob, fatally stabbing him during the encounter. This is where the two stories collide, with Scout finally meeting her long time fascination of Boo Radley, but in the aftermath of the trial. While Jem is badly injured, both of the kids are fine. Most importantly from this meeting Scout finally interprets Atticus’s words of walking around as someone else. She understands empathy, hate, prejudice, and most importantly human nature.

The main message in this entire book revolves around racism. This theme is why this novel deservedly earns its spot as an American favorite. Racial inequality and racism has always and continues to exist in this country, and this novel’s brave approach to attacking this key issue only adds more value to the plot. Tom Robinson’s death isn’t as far from reality as it seems in the book. It was a common occurrence in the past and exists today in lesser forms. Only by giving a platform to this key issues are these problems ever going to be solved, and Lee effectively breaks down the idea of prejudice to display the unfair treatment minorities experience.

This book is easily a 10/10. The character development is great, as we watch all 3 of Scout, Jem, and Atticus change and mature throughout the story. The messages stressing racism and empathy are also incredibly rewarding and inspiring. Reading To Kill a Mockingbird is not only rewarding because of how great of a book it is - it will also open your perspective on the world and other people.

Check out To Kill a Mockingbird at the Newport Beach Public Library.