The Crucible by Arthur Miller 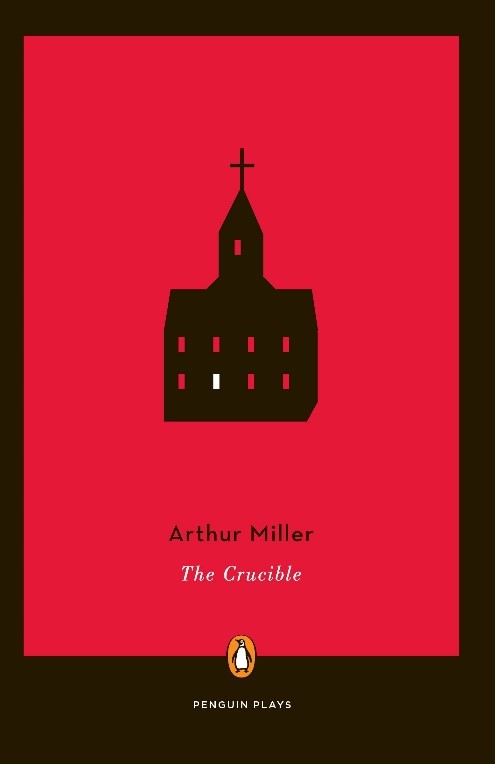 The Crucible by Arthur Miller, is a play that recollects the Salem Witch Trials in Massachusetts during 1692 - 1693. Miller wrote this play to criticize the movement called the Red Scare led by senator Joseph McCarthy to hunt down anyone believed to be Communist sympathizers or spies in the United States. It centers around a Puritan New England society run by a theocracy that punishes immorale behavior. The story begins following girls dancing in the woods and practicing witchcraft. Reverend Parris, one of the town ministers, catches them in the act and finds his niece and daughter among the girls. In fact, his niece was trying to cast a spell to kill a woman named Elizabeth in order to win over her husband, John Proctor, whom she previously had an affair with. The girls begin randomly accusing people in the town for witchcraft in order to deflect blame similar to how people accused each other of being Communists during the Red Scare. Due to the lack of knowledge and the high amount of superstition at the time, anyone accused of being a witch was deemed a witch and the only way to clear one’s name would be to  confess to witchcraft. Those who did not confess would be hanged.

Because this is a play, everything is told through dialog with the exception of the narrator introducing characters at the start of every act. Arthur Miller writes in between the lines and highlights the difference between what people say and their ulterior motives. Witchcraft not only becomes a tool for deflecting blame but also a tool for grabbing power as neighbors accused each other of witchcraft to get them executed and to buy their land. Miller also mixes contemporary speech with historical terms to make the play easier to understand while maintaining its historical relevance to the past.

Something I really like about the book is the amount of character development. As the story progressed, I got a deeper understanding of each character's motivation for their actions. Some characters become motivated for maintaining their reputation, some become motivated for self pride, and some become motivated for greed. I also liked how quickly the story escalated. Many books lose readers in the process because they progress too slowly. This story quickly shows how girls trying to deflect blame results in a town preparing to revolt against the courts and animals wandering the streets because their owners were all executed.

Overall, this book gives a realistic and entertaining account of the Salem Witch Trials. It highlights the parallels between the superstition in Salem and that of the people during the Red Scare. The book has themes regarding the dark side of people as we see characters step on each other to reach their ultimate goals. We also see themes of an upheaval of the social structure as the girls rise to the top through false accusations of witchcraft. I would give this book a 10/10. Arthur Miller does a really good job of turning a historical event into an action packed thriller.