Anne Frank: The Diary of a Young Girl by Anne Frank 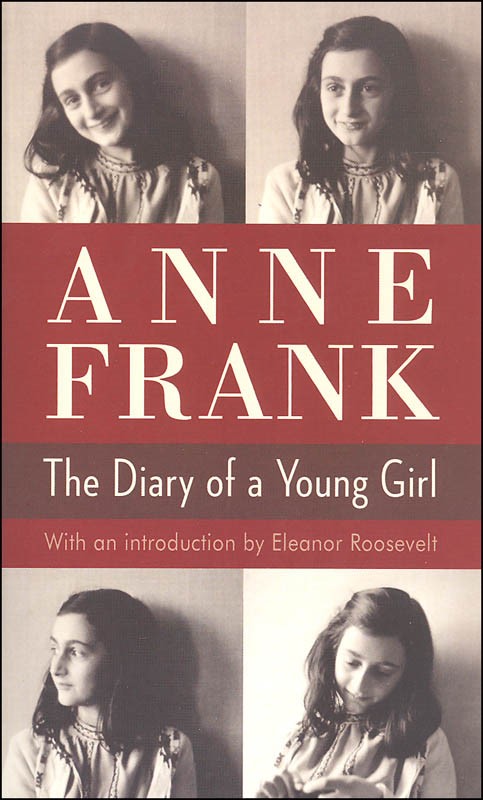 Everything is going great. You are privileged to a wealthy lifestyle, with the best of experiences and comforts. Suddenly, in such a brief period, everything you were ever accustomed to is gone. With no other option, you are forced to flee your home and go into hiding with four other people in a small, cramped attic, all because of your religion. You cannot see your friends and you may not go to school. You experience long days full of boredom hoping that one day everything would return to “normal”. This is what happens in The Diary of a Young Girl, in which a young girl, Anne Frank, writes about her experiences in a journal of living in a cramped attic of an office building with four people. At first, this was a tough transition for Frank. She was not looking forward to leaving her lavish life to hide in a cramped attic office complex. With perseverance, Frank hoped that one day her life could resume.

Throughout her journey of developing both mentally and socially among her peers in the Secret Annex, Anne had completely grown from a child to a grown woman capable of making well-oriented decisions. At the beginning of her long treacherous journey, Anne found life very difficult and dull. Anne only observed one side of all situations inflicting all the blame on her mother. As the story progressed and they were inching closer to the end of their stay in the Secret Annex, Anne began to fully mature, developing to not believe that other members with her were being cruel to her, when pointing out her misdoings. Through her difficulties in her long, hard-fought journey in the Secret Annex before it, unfortunately, did not end well, though she passed away, in the time she was hiding she learned a plethora of valuable lessons which would have helped her in society and matured into a respectable young lady. I believe that had her unjustified death not happened, she would have been enamored with joy from how many people loved reading her journal and would have made out to be a great mother, family member, and author.


Personally, I really enjoyed this book and the thought and detail that Anne put into creating this masterpiece and would recommend. I liked how the story flowed smoothly telling us about what was going on in her household and then her thoughts on the situation and how she persevered through their difficult times. I would recommend this novel to readers of the ages twelve to nineteen. It many valuable lessons that us people in this day and age can apply our lives. I would rate the book an eight out of ten as I find the book fascinating with the many stories told, however, I believe that the story could have been a bit shorter as there were some irrelevant parts that could make a reader bored. Overall, it was an amazing story and I would highly recommend it.

Checkout Anne Frank: The Diary of a Young Girl from the Newport Beach Public Library