Your Robot Dog Will Die by Arin Greenwood 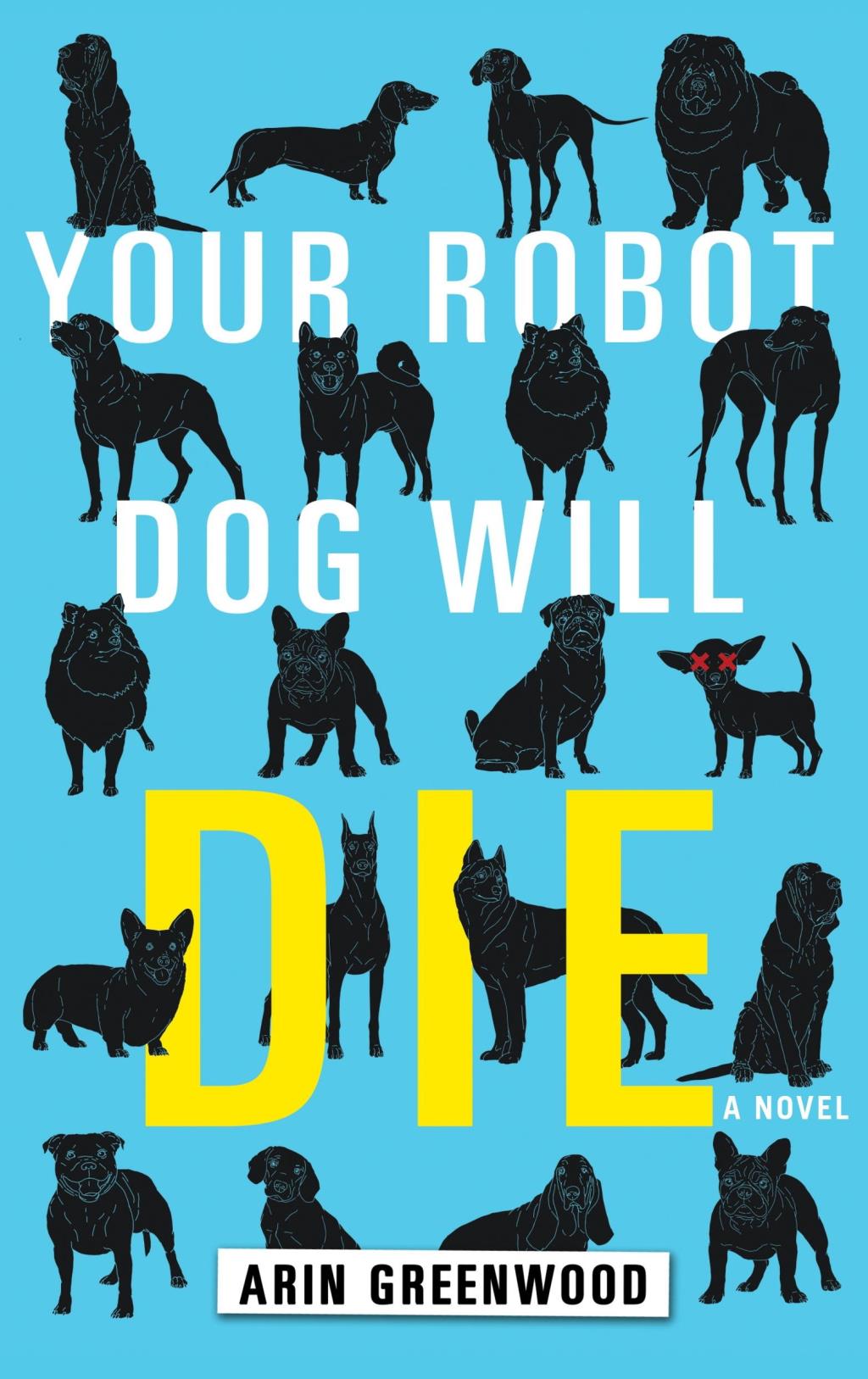 Your Robot Dog Will Die by Arin Greenwood is about seventeen-year-old Nano Miller was born and raised on Dog Island: home to mechanical tail, the company behind lifelike replacements for “man’s best friend.” The island is also home to the last living dogs, all but extinct. When a global genetic experiment went awry and canines stopped wagging their tails, mass hysteria ensued and the species was systematically euthanized. Nano’s life has become a cycle of annual heartbreak; every spring Mechanical Tail gives her the latest robot dog model to test, only to tear it from her arms a year later. With the loss of her brother Billy this year, who vanished without a trace, she finds a living puppy that miraculously wags its tail and there's no way she can’t let this one go.

The residents of Dog Island tend the few remaining dogs and get to “test” the newest mechanical ones. This is the part Nano hates because she forms attachments to the non-living replicas and when they are reclaimed by the company and “killed” by deactivation, she mourns them as much as she would a real one. Nano lives with her mother and father who were early converts to Dorothy’s plan. Dorothy, the founder of Dog Island, came up with the idea to create robot dogs that would replace real dogs, called “Originals,” so that the world would be a better place. No dogs would be subjected to puppy mills or abuse. Rather there would be no dogs (except for the six on the island), and people would love their robot dogs.

Her brother Billy used to be there also before he became part of WAG (We Are Guardians), the group appointed by Dorothy to find and rescue abused animals, and then kill them “to give them peace, to end their suffering.” When Billy disappears, no one knows where he went or why. There are now only three children on the island, Nano and her friends Wolf and Jack because Dorothy has a rule: Nothing on the island must reproduce. No humans are born, but sometimes there’s a litter of puppies that are quickly dispatched. No one eats meat either, because that’s another way of being cruel to animals. Occasionally, Nano helps feed the dogs. Dressed in a dog suit because the canines will attach a recognizable human, she discovers a litter of four pups and a shock. One of the puppies wags his tail. Dutifully reporting the discovery to her mother, she hides the fourth pup, whom she names Donut, as the others are immediately killed. Thus starts Nano’s journey from Dog Island.

In the process, she’ll meet the Underdog Tailroad, a clandestine organization run by Marky Barky’s rebellious daughter, and reunite with brother Billy who tells her of his conversation to the Tailroad’s cause. At the Tailroad, Nano sees rescued animals and how happy they are, even if they’re disabled. She sees that Donut and the others would have a chance of becoming man’s best friend again. Nevertheless, she hesitates to join them. Then she learns something that convinces her to take that last step.

This story will raise the hackles of any reader who’s a pet lover. It doesn’t take a stretch of the imagination to see the parallels between Dorothy Blodgett’s Dog Island and the cults of recent and current times. Dorothy’s mantra of “kill them to end their suffering, to give them peace,” is quite easily recognizable as the motive of a serial killer with a religious idée fixe. Like all cult leaders, she’s charismatic and so convincing people accept her teachings without argument, repeating them like prayers learned by rote, never actually listening to or questioning what they mean. Interspersed with advertisements from Mechanical Tail touting their robotic creations, Nano’s journey toward rebellion is told from her point of view, unfortunately in the irritating present tense, which may detract from the narrative for some readers. There’s not much violence; the coup d’etat is delivered in a couple of sentences, but the outcome is powerful nevertheless.

I would rate this book a 5/5 stars because as an animal person and a dog owner/lover, I resonated with the story multiple times. Now this doesn’t mean that only animal lovers can read and enjoy this book, it also teaches morals and teaches integrity.

Checkout Your Robot Dog Will Die from the Newport Beach Public Library.