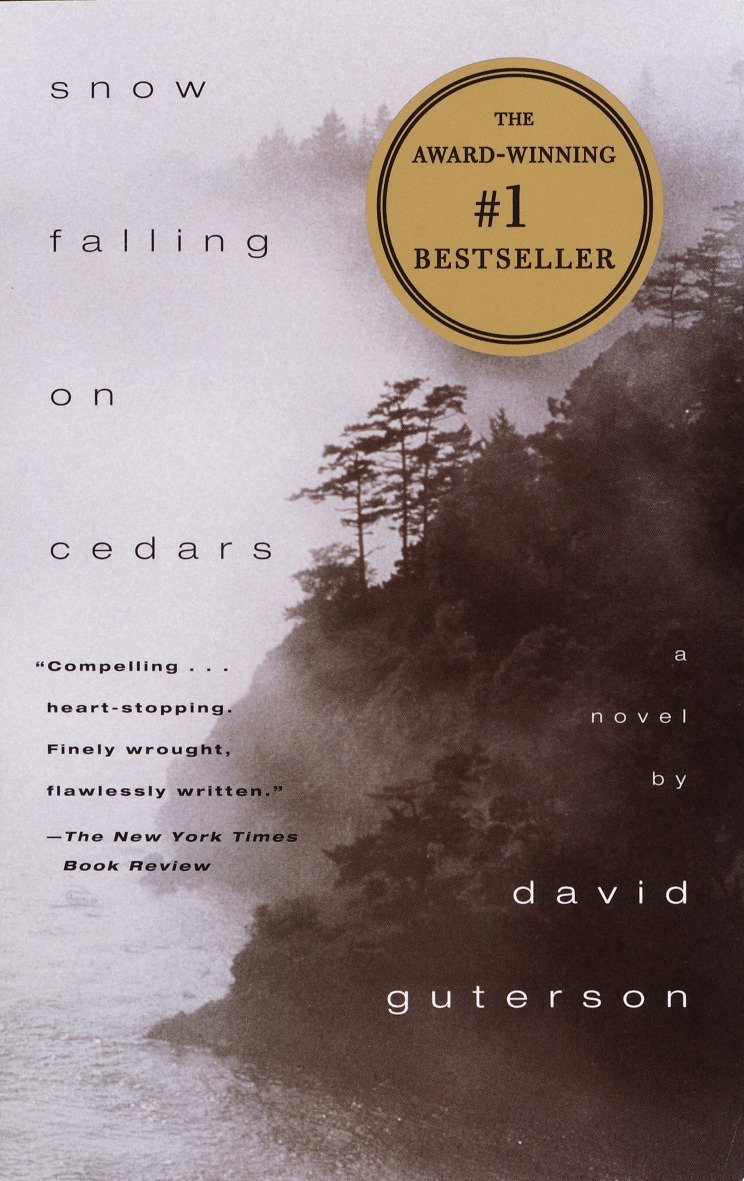 Island, revolves around the trial of a Japanese American named Kabuo Miyamoto, who is

charged with the murder of a white fisherman, Carl, in 1954 who had suspiciously drowned.

Through a trial of racism, seemingly reasonable yet incomplete evidence, and the haunting

memories from before and after World War II, both readers and characters attempt to determine

the truth behind the fisherman’s death. In the midst of a heavy snowstorm and thick cedar trees,

Meanwhile, memories of a love affair between a young white boy (by the name of

to linger within the trees and forests of San Piedro. Guterson unfolds a story of the boy who

promised to marry the worried Japanese girl, regardless of others’ objections and racist scorn for

the girl’s background. Despite their caution to make sure their relationship remains hidden from

society, their naive actions take a sharp turn and soon, the once confident white boy is left on the

island to watch his Japanese lover and her family relocate themselves under strict orders.

the residents of San Piedro Island. Ishmael Chambers returns from the war as an armless war

veteran who makes his living as an editor for the local newspaper, Carl returns as a silent veteran

struggling to look beyond the anti-Japanese prejudices he brought back from the war, and Kabuo

American side and killing Japanese soldiers. With the white residents of San Piedro Island

internment camps, Kabuo faces a prejudiced trial turned against him after being involved in a

Hatsue and Kabuo had married in the internment camp. As Ishmael Chambers watches

memories with Hatsue, Chambers can’t help disliking Kabuo throughout the trial. However,

behind Carl’s fatal accident, his broken heart struggles to decide whether he should be honest and reveal the information to Hatsue or take revenge on her for abandoning their young relationship.

This novel made me so immersed into the plot, the trial, the setting, and both the internal

and external conflicts of the characters, that I immediately wanted to do extra research on the

Japanese-Americans and what it was really like inside the internment camps. It made me really

WWII. I give this book a 10/10 and recommend it to any other teenager or young adult, who may