You Owe me a Murder by Eileen Cook 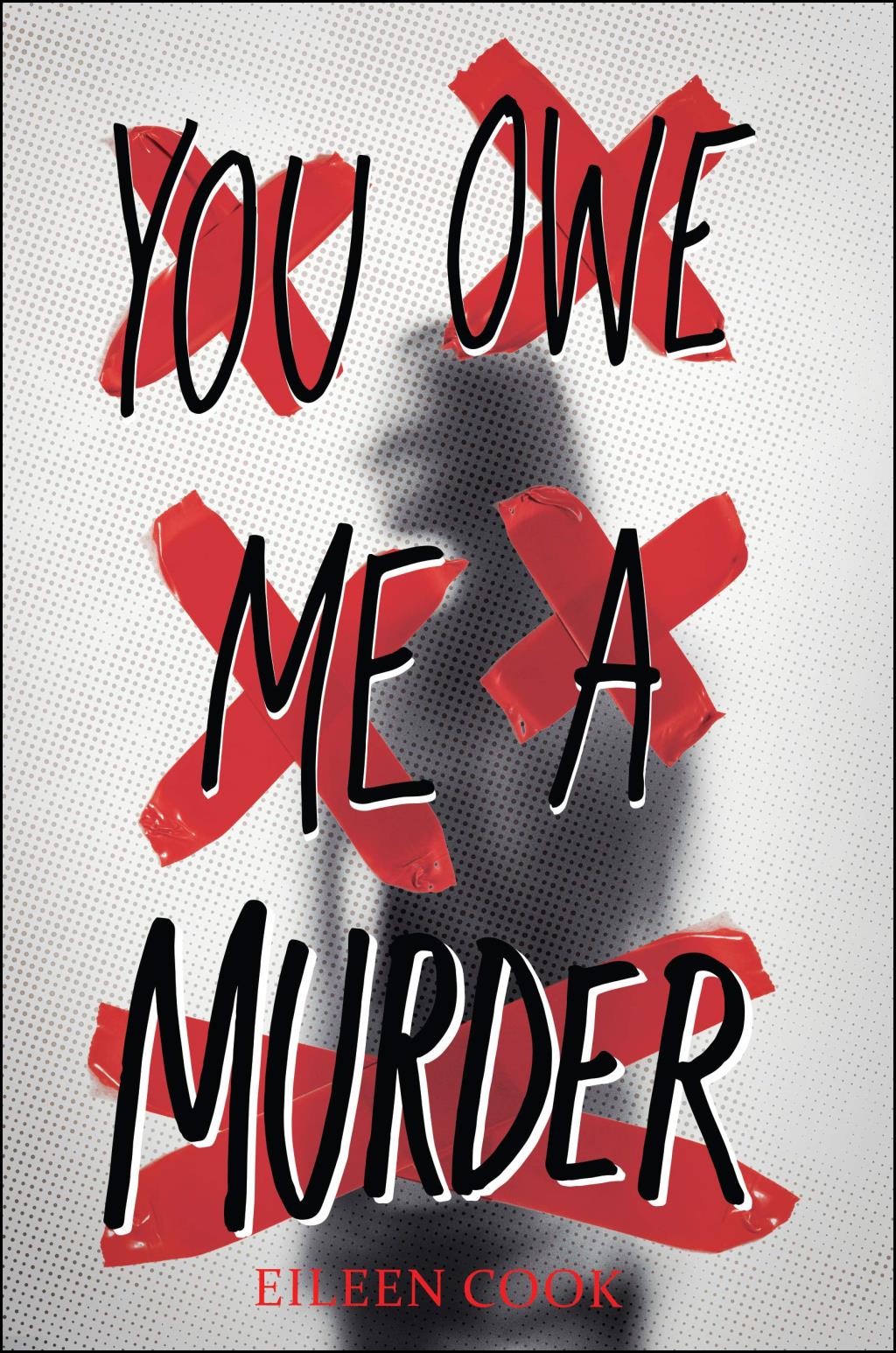 To start off, You Owe Me A Murder is a young adult fiction book that I definitely recommend to all ages starting as a teen. Eileen Cook wrote this book, and I loved it very much throughout reading it. Kim, 17 years old, never thought that she would end up being a part of a murder. Her ex-boyfriend, Connor, dumped her and got a new girlfriend who Kim was very jealous of. Kim has been very obsessed with Connor and her relationship, but she wanted the opposite of what Connor wanted, which was a relationship for life. Kim has to go to London for a school trip which she was going to go with Connor, but then they broke up, so now she’s dreading it. She wishes he was dead and that she would never go on this trip. Obviously she’s joking when she says she wants him dead. Kim meets a girl in the airport whom she loves, Niki, who goes on the plane with her and is very adventurous, which is the opposite of what Kim is like. Kim tells her entire life story with Connor to Nikki and even says that she wishes Connor was dead and that he would never be on the trip with her. Nikki is from London and was visiting Vancouver, Kim’s home, and she is smart, funny, and is a really kind person when Kim first meets her. Nikki says a joke that she would kill Connor if Kim gets rid of her alcoholic mother who has treated her badly and is bringing her down with her. Kim just takes it as a joke and doesn’t think Nikki is being serious about this conversation. When they go to London, Kim is actually having a great time when she meets this new boy, Alex, who she deeply falls in love with because they’re very similar. She wishes she had gotten Niki‘s phone number, but she really doesn’t think about it until suddenly Connor dies because he fell off a train or got pushed. The police get involved, and she gets blackmailed by Nikki because she has to do her end of the deal, which is to kill her alcoholic mother. She owes Niki a murder, but is she really up to do that? Nikki was obviously the opposite of Kim and would do anything it takes to get her end of the deal, and she would do anything it takes to make Kim do it. Kim has to figure out a way to getout of this and not have to deal with Niki ever again in her life. This book was really interesting, and I loved it so much, and it really taught me the lesson to not judge someone by what they appear. Also, to be friends with someone who doesn’t take advantage of you. I really recommend this book to late teens who can have a hard time making friends and don’t really know what the right type of friend is to make. I really also liked how this book ended up taking a really weird and mysterious turn at the end that I wasn’t expecting. It has such a good plot and leaves you on a cliffhanger in every chapter. One thing I wish this book had that it didn’t is I wish it described the characters more. I feel like it was a little bit blunt and didn’t go in detail, but I also really liked how there weren't a lot of characters to deal with. I loved every character, and I feel like they had such a unique thing about them and that’s why they all got along very well. I also loved how diverse all the characters were. This book I definitely recommend also to people who love criminal shows or like very mysterious, horror movies. You Owe Me A Murder is now one of my favorite books!

Checkout You Owe Me a Murder from the Newport Beach Public Library.