The Honest Truth by Dan Gemeinart 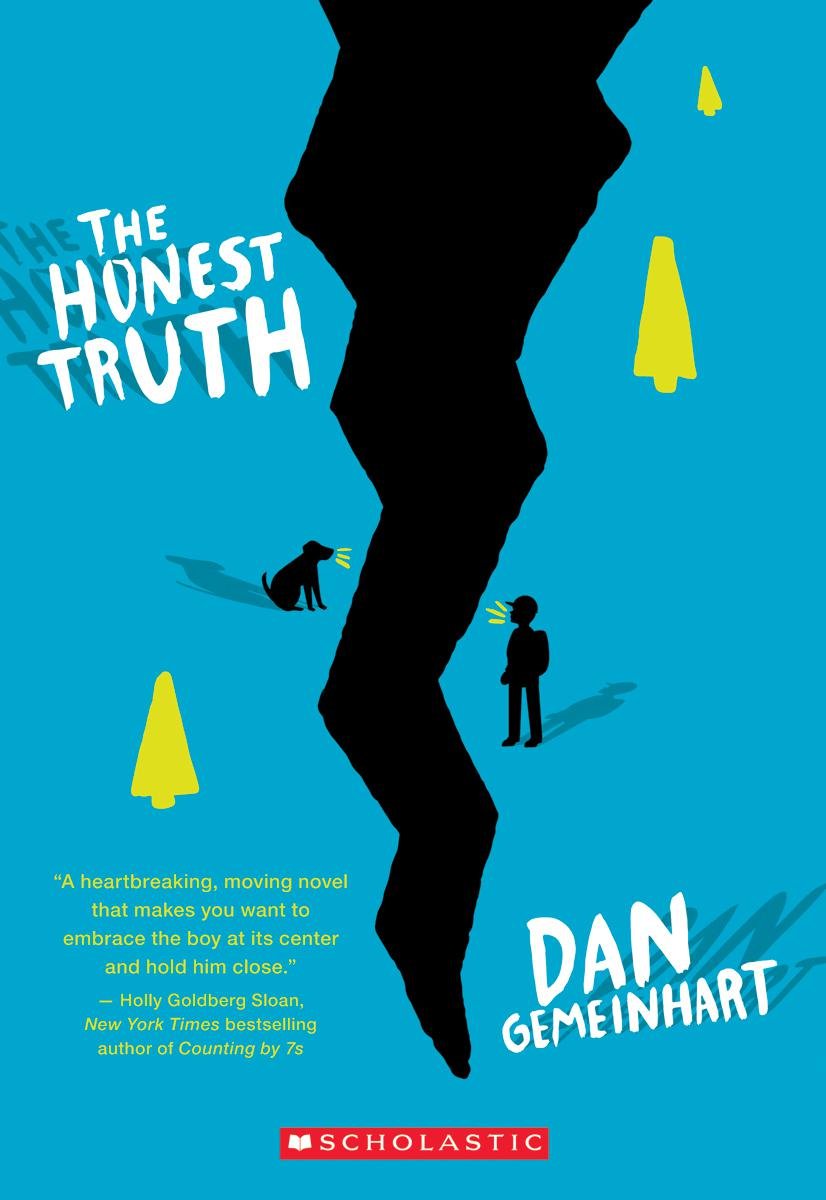 I curled up on my side, facing the wall… I closed my eyes and let myself die.”

When Mark is diagnosed with cancer, he and his family are absolutely shocked. In author Dan Gemeinart’s stunning novel The Honest Truth,12-year-old Mark has been battling cancer for seven years and has almost lost the will to live. His best friend, Jessie, is the only one in the world who truly understands the struggles Mark goes through. Before he dies, Mark has one last wish: To climb to the top of Mount Rainier completely by himself and his declining health, something his beloved late grandfather encouraged him to do. Despite understanding the risks, Mark’s determined to go, and can’t be stopped. After carefully crafting a plan, Mark runs away with only his trusty dog, Beau, by his side. Even with people trying to find him, and the whole world seemingly against him, Mark is still able to make it halfway up the mountain with the help of unsuspecting strangers. Suddenly, Mark is put directly in the line of danger after a tragic event separates him from his treasured dog. People on his trail are desperately trying to find and save him, but are they too late?

Dan Gemeinhart makes a delicious dish, throwing in ingredients like bravery, loyalty, and trust, and adds suspense as a final touch, ultimately bringing The Honest Truth to perfection, creating a story that will keep readers satisfied and well-fed far beyond the last page. Readers will be consumed by the depth and complexity of characters as they all face internal struggles and conflicts, fighting to choose between what’s right and what’s good.

Something particularly fascinating is the way Gemeinhart introduces and develops each character; they all have such distinct personalities that the reader finds it easy to empathize with and understand each one. Mark is filled with hate towards the world, as he feels that it has been unfair to him, forcing him to battle cancer for over half of his short life. Because of this, he’s often been seen as weak, so he feels the need to prove himself and his grandfather, making a treacherous journey he probably wouldn’t survive to the top of a mountain. Jessie, on the other hand, has grown up with Mark her whole life; soon after Mark goes missing, she figures out where he went and why, and she knows that he wouldn't want her to reveal that information. However, Mark’s parents are absolutely frantic at the disappearance of their son, so Jessie must grapple with her heart whether to reveal Mark’s location or not.

Another interesting factor is the two points of view, one from Mark’s side and the other Jessie’s. Being able to see the mentality both had and the thoughts that influenced their decisions gave the book a whole new engrossing stance, further encapsulating the reader.

Gemeinhart also introduces and concludes each chapter with a haiku, a tradition between Mark and Jessie, as they send each other secret notes in the form of haikus. It’s a unique way to connect some elements of the plot with the style the book is written in.

Fans of R.J. Palacio’s Wonder or Out of My Mind by Sharon Draper will love The Honest Truth. This heart-wrenching, page-turning novel completely absorbs readers as they experience the rollercoaster of ups and downs along with Mark as he faces and fights self-conflict and strives to find his true identity. They’ll find themselves at the edge of their seats, alternating between cheering for Mark’s victories and being near tears during his depressing and dark moments. Out of all of the ordinary books in the world, The Honest Truth is the special jewel out there, just waiting and hoping for another reader to discover it and cherish it forever.

Check out The Honest Truth from the Newport Beach Public Library.