Long Way Down by Jason Reynolds 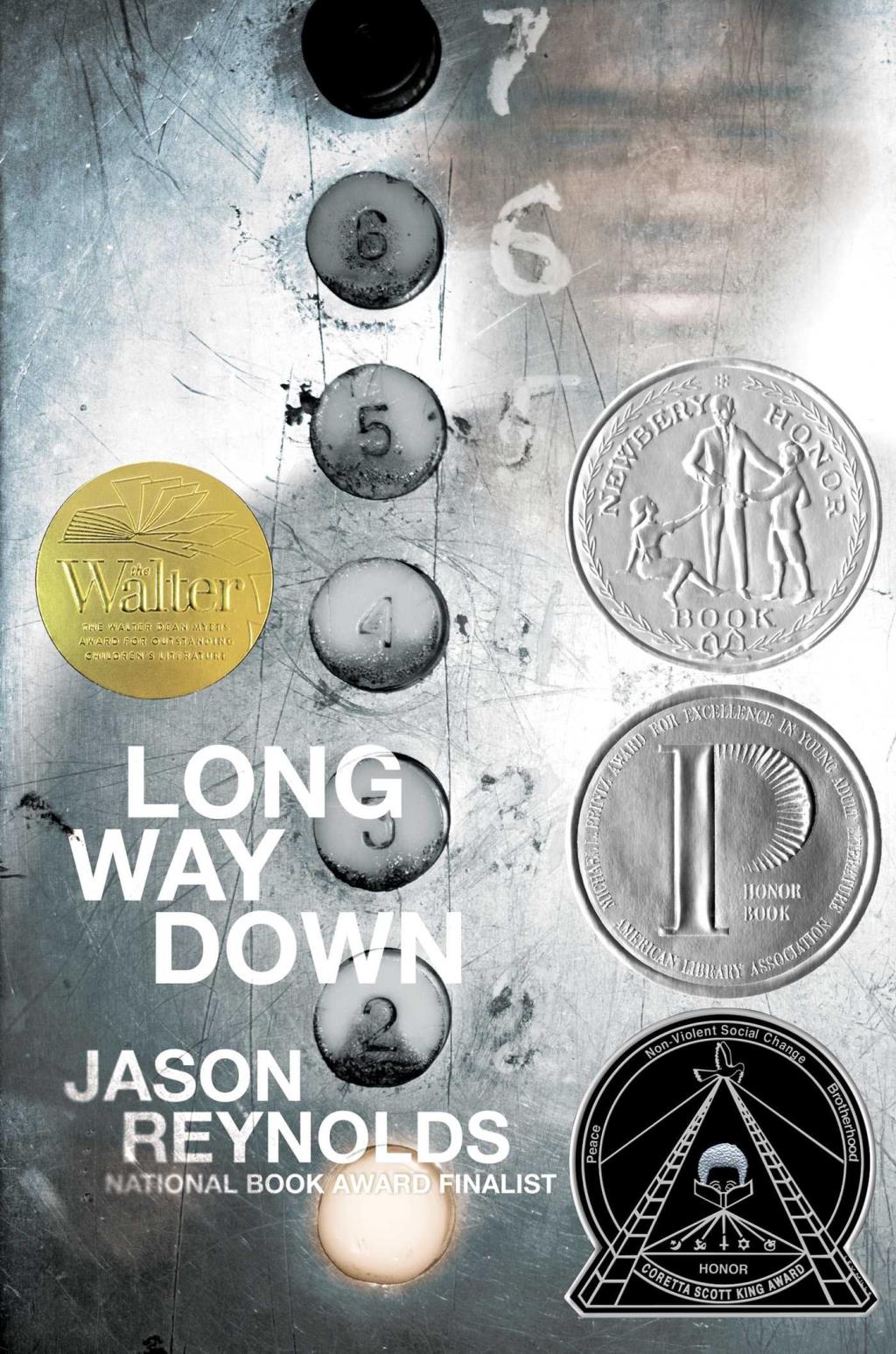 In Jason Reynolds’s novel Long Way Down, it all began with The Rules. No.1: Crying Don’t. No matter what. Don’t. No. 2: Snitching Don’t. No matter what. Don’t. No. 3: Revenge Do. No matter what. Do. Will’s brother Shawn has just been shot. Knowing that it is his responsibility to honor the rules of his community, Will goes in search of the man who ended his brother’s life, carrying Shawn’s gun to complete the deed. In the elevator of the building where Will is supposed to find Shawn’s killer, he is visited by ghosts from his past, all of whom have suffered a similar fate at the hands of a man with a gun. As the elevator descends, and the ghosts all reveal the circumstances surrounding their deaths, the reader is dragged down through the chaos of Will’s grief-stricken mind.

The feeling of helplessness was something I resonated with, because even though the rules that govern my own life are different, I can still see their power in Will’s world. I can see how they wind their way around a person, especially a young person, cutting off his options and obscuring his view. We may not live by Will’s rules, but we can empathize with a grieving brother, and our blood still runs cold at the thought of our own mother experiencing the loss of a child. Will’s mother sat in the kitchen, sobbing into her palms, which she peeled away only to lift glass to mouth. With each sip came a brief silence, and with each brief silence Will snuck in a breath. Long Way Down inspires empathy by forcing readers to experience the protagonist’s anguish. The excruciating sensations of loss and anger and responsibility overwhelms all other thoughts. You can’t escape it. You are trapped in your own destructive sadness, which is what makes the elevator setting of this story so appropriate. It is like grief itself: once you are in it, you are trapped until it releases you until the doors clang open and you can think freely again.

The whole story follows a series of well-timed beats, as the elevator doors open to expose the deaths that haunt Will’s looming choice to follow the rules or walk away. The first ghost, Buck, “the only big brother Shawn had ever had,” doesn’t seem surprised that his life was cut short by a gun. As a street dealer, he lived with the prospect of violence every day: he followed the rules, and he died by them. Then comes Dani, a childhood friend, appearing eight years older than she was when she was killed. Will remembers her flower dress, but more importantly he remembers a time when they had been happy, before the rules applied to them. And as the elevator descends further, we feel the bittersweet loss of childhood as he tells her what he needs to do and she asks, “What if you miss?” Will’s uncle Mark and Will’s father looked at him with hollow eyes dancing somewhere between guilt and grief, which he couldn’t make sense of until his father admitted that he had killed the wrong guy. These lines detailing an accidental murder that occurred in the service of rules no one can escape struck me the hardest. Will’s father’s ghost is trying to explain the circumstances surrounding his death so his son will not repeat his mistakes. Family is a powerful force in this story.

All in all, I would recommend this book to any teens interested in suspense and social justice. I enjoyed the context of this book and the way it was written; not many words in a page, but still detailed very well. I would rate this book a 5/5 stars because I personally couldn’t find any flaws in it.

Check out Long Way Down from the Newport Beach Public Library.