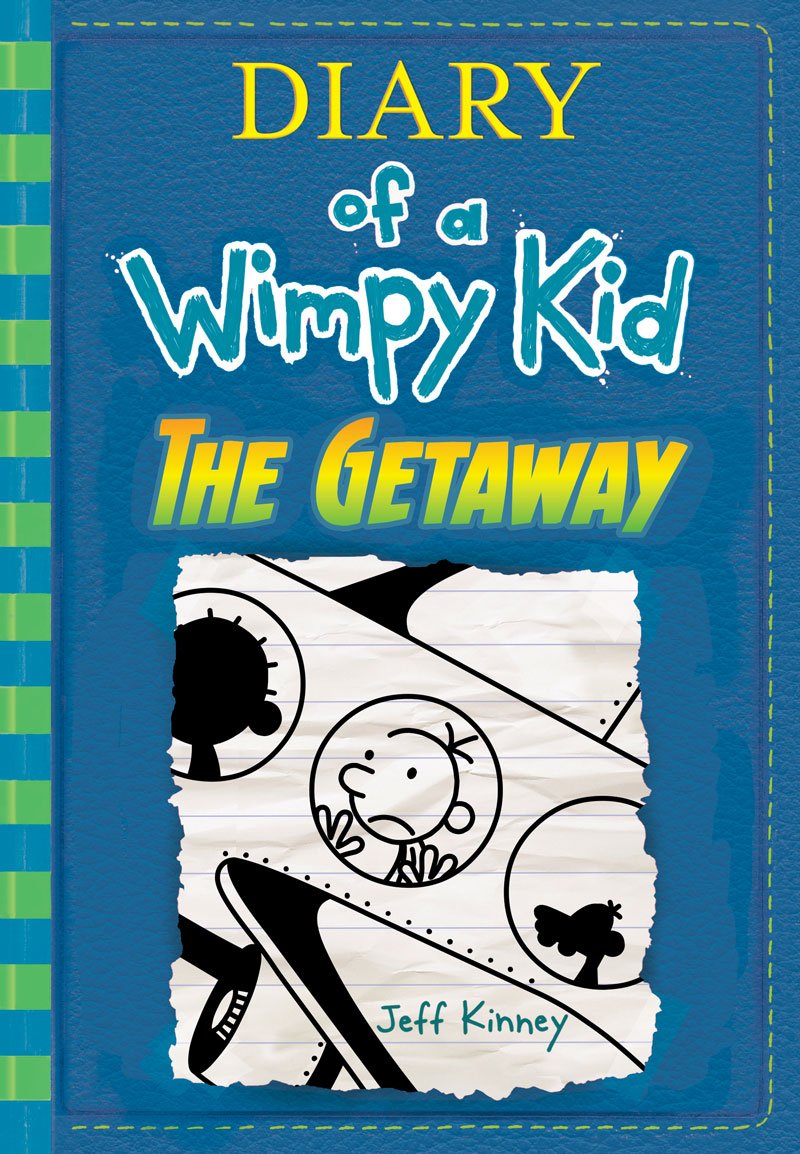 Imagine escaping a hectic life to go to a new one in paradise. Think of swimming with dolphins by day and hearing the calming sounds of birds chirping at night. It seems like the dream destination, right? After reading Jeff Kinney’s twelfth Diary of a Wimpy Kid novel, The Getaway, it is clear the answer is no.

The story begins near Christmastime, in which Greg Heffley, the protagonist, and his family are preparing for the holidays. However, being behind on decorations put a lot of pressure on his parents, so they made an impulsive decision to say goodbye to the holidays and visit Isla de Corales as a family instead. This resort was where Greg’s parents went for their honeymoon, and they wanted to take their three sons, moody Rodrick, Greg, and young Manny, to visit this special place. After that day, things start to snowball faster than the amount of snow falling from the sky.

The trouble starts at the airport, crowded and rushed. After dropping their luggage on the wet, snowy road, Greg and his father had to bring the family’s suitcases to the main terminal. Over twenty minutes went by until they met the rest of the family, and after completing the airport procedures, their flight was delayed. Hours later, Greg found himself on the plane, sitting between a couple and their baby, resulting in vomit and trouble sleeping. Before Greg knew it, he awoke in Isla de Corales.

When the Heffleys arrived in their suite at the resort, they realized that they grabbed the wrong–and locked–suitcase and would only be able to use the limited clothes from their carry-on bag. Even though this “dream vacation” seemed to be not so dreamy at all, they still hoped things would turn around. Once again, the answer is no.

It started at the Breezes Restaurant, with iguanas, salamanders, geckos, slugs, lizards, and birds surrounding the Heffley’s table. In a few minutes, slugs entered Greg’s soda, birds took the family’s food, and Mr. Heffley got food poisoning. So, the family returned to their room for the rest of the day. The next day, Greg discovered a giant spider that terrified him, fearing that it was venomous. Too afraid to trap it on his own, he called room service for help. After, he and the waiter that came worked together to get rid of it, which they accomplished. Many more obstacles followed, including when the Heffleys went snorkeling. Once they got underwater, Greg believed he swallowed a seahorse and visited the nearby doctor, who told him he was okay. All that time, the family realized Rodrick was still in the ocean, found with a terrible sunburn.

After these stressful experiences, Mrs. Heffley considered ending the trip, but Mr. Heffley said they needed to make the most of the money put into the trip. A few seconds later, Manny dropped the locked suitcase, and elegant clothes fell out–the key to eating at the golf clubhouse, the most expensive restaurant in the resort. After a delectable meal and some golf, the Heffleys were forced to leave the resort because they were reported, but the adventure does not stop there.

At the airport hotel the following morning, Greg’s parents decided to come back to Isla de Corales for one last day. A few minutes after they arrived, they were caught by the clothing owners and the security. Believing he was in danger, Greg took a windsurfer and ended up on the island’s private beach–with a camera from before around his neck–and had a larger crowd following him. After much running, Greg reunited with his family–and the spider–when an angry crowd raced behind him Will the Heffleys make it out of the resort? Or will they get caught? The only way to know is if one reads The Getaway.

I, overall, am not a fan of the Diary of a Wimpy Kid series, but this story changed my opinion. Although I do not enjoy the traits of Greg and Rodrick, I still appreciate the humor Kinney included in this. This relatable tale still makes me laugh when I read it! I would rate this book a 9/10.

Checkout The Getaway from the Newport Beach Public Library.