The City recently amended its regulations to permit the development of Accessory Dwelling Units (ADUs) in conjunction with single-family residences in all residential zoning districts to conform with changes in the State Law.

The 2018 adopted regulations became effective on March 14, 2019, and can be accessed by clicking the following link:

What is an Accessory Dwelling Unit?

An ADU is a secondary dwelling unit with complete independent living facilities for one or more persons, which is located on the same parcel as a single-family dwelling and generally takes three forms:

Why did the City revise its regulations?

The State of California adopted legislation (Senate Bill 1069 and Assembly Bill 2299, Statues 2016) related to the development of ADUs, which went into effect January 1, 2017. The law requires jurisdictions to amend their local zoning ordinances to conform to Government Code Section 65852.2. The intent of the legislation is to reduce barriers to the development of ADUs, which have been found to be an affordable-by-design type of housing that can meet the needs of couples, small families, young people, students and seniors by offering new below market rentals in existing neighborhoods. Significant provisions of the new law include:

A memorandum prepared by the State of California Housing and Community Development Department explaining the new State law can be found here.

In late 2017, the State Legislature passed Assembly Bill 494 (Bloom) and Senate Bill 229 (Wieckowski) further amending California Government Code Section 65852.2 related to ADUs, which took effect on January 1, 2018. The intent of these bills was to clarify the various provisions of the 2016 law to promote the development of ADUs.

How does this affect my community?

The amendments may allow a homeowner to obtain a building permit to develop an ADU within your community. However, State law does not prohibit Homeowner’s Associations abilities to regulate ADUs and does not override Covenants, Conditions, and Restrictions (CC&Rs). If you are interested in constructing an ADU, please consult with your HOA prior to engaging and architect and initiating the process with the City.

How are the regulations different for properties in the Coastal Zone?

Properties located in the Coastal Zone are subject to regulation of the Local Coastal Program (LCP), in addition to the Zoning Code. On October 12, 2018, the California Coastal Commission approved LCP Amendment No. 2017-003 with suggested modifications to incorporate state law changes that went into effect in 2018. The City Council adopted Ordinance No. 2019-1 adopting LCP Amendment No. 2017-003, as modified by the California Coastal Commission.

A Coastal Development Permit (CDP) for an ADU may be required unless the project is eligible for an exemption or waiver from the requirements of a CDP.

1. Exempt projects would include:

2. Determine if Waiver appropriate. A Waiver may be appropriate for a new detached ADU that is detached and has no potential for any adverse effect on coastal resources. However, if a property is located within an Appealable Area, a CDP will be required.

Were there public meetings discussing these changes?

Where can I obtain more information?

You may contact Jaime Murillo, Senior Planner at 949-644-3209 or e-mail at jmurillo@newportbeachca.gov 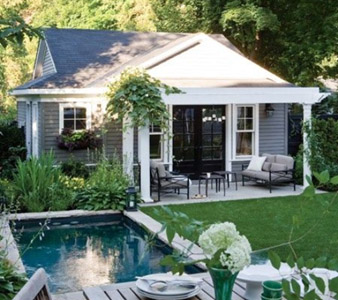