The ten new sculptures were selected from submissions received by a national call for entries based on their artistic merit, durability, practicality and site appropriateness. They are scheduled for installation Mid-July and will remain at the Civic Center Park for two years.

New Dates to be Announced 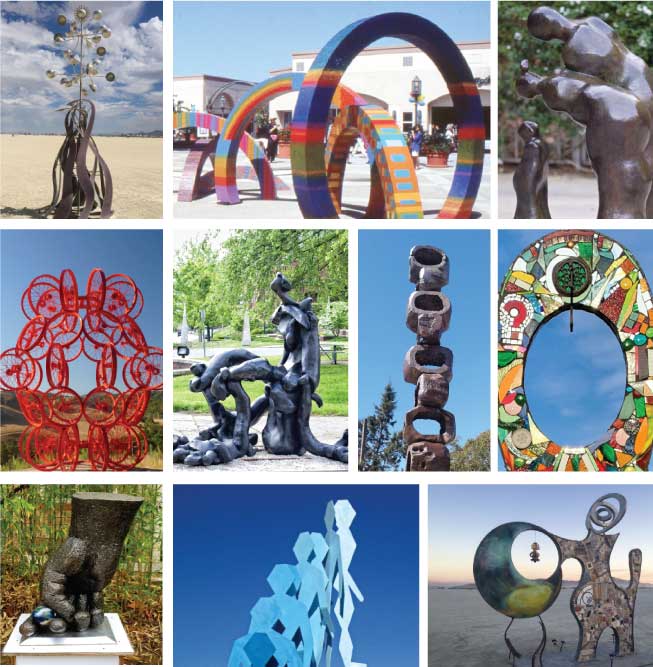 The Phase V sculptures are as follows (left to right, down):

The City Arts Commission invites the public to explore the Sculpture Exhibition in Civic Center Park, the City's largest display of public art. The Sculpture Exhibition was first installed in 2014 with sculptures on loan for two-year periods. Phase IV showcases ten large-scale pieces, which will be on display until June 2021.

The exhibition period for one piece from Phase III has been extended, and it will be on display through the end of June 2020. 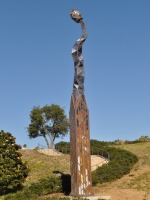 Physically inspired by radio tower design, this 40-foot sculpture, with its soft-glowing beacon and slow flicker, captures a fleeting moment in time: the split-second after a burning wooden matchstick has been extinguished by a gust of air. Varying combinations of amber, black, blue and white domestic opalescent glass aggregate in a multi-planar fashion in the construction of this larger-than-life, seemingly innocuous object.

HISTORY OF THE SCULPTURE IN THE CIVIC CENTER PARK EXHIBITION

In August 2013, the Newport Beach City Council authorized the City Arts Commission and City staff to implement a temporary sculpture exhibit in Civic Center Park. The City Council approved the installation of ten sculptures in Phase I of the project and additional ten sculptures in Phase II. The sculptures installed in year one were on display for two years and were removed and returned to the artists in 2016. Those installed in year two, or Phase 2, will be removed in September 2017. The ten sculptures selected for installation in September 2015 are shown in this Phase 2 Presentation.

A grand opening celebration on September 12, 2015 marked the installation of nine new sculptures in Phase II of the Sculpture in the Civic Center Park Exhibition with the tenth sculpture, "Sunflower," to be installed in January 2016. The community was invited to view the sculptures, meet the artists and enjoy music and refreshments at the Civic Center.  Docent led tours of the Sculpture in Civic Center Park Exhibition were conducted by members of the Newport Beach Art Foundation.