The Outsiders by S.E. Hinton 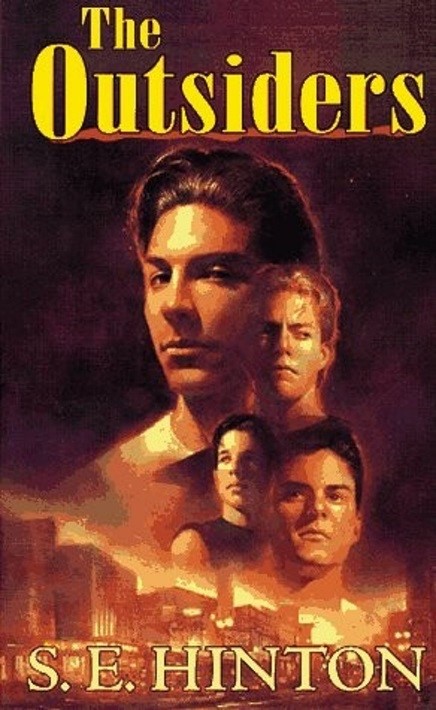 As the enmity grows between the poverty-stricken Greasers and the dirty-mannered but rich Socs, a Greaser teen named Ponyboy Curtis sets out to end it once and for all.

Filled with a beautiful yet heartbreaking tale of rich vs. poor, The Outsiders by S.E. Hinton highlights the true problem of society and the underlying cause of revolution; inequality. Hinton explained in an interview on the book that it was inspired by an event that happened in her first year of high school, when one of her friends was beat up by Socs because he was a Greaser. This eventually inspired Hinton to pound out a book on the aforementioned enmity, and The Outsiders was created. Each of the Greasers in the book, including the protagonist Ponyboy, were each based on gang members who were close to Hinton, but Hinton refined their traits in order to create the characters with a unique individuality.

In the story, Ponyboy and his brothers Soda and Darry live with a gang of Greasers, who they treat as family. The life of Ponyboy and his friends takes an unusual turn when he meets Cherry, a red-haired Soc girl, at a drive-in theater, and getting involved with her almost got Ponyboy jumped by Bob (Cherry’s boyfriend). The next day, Ponyboy gets slapped by an angry Darry for staying out late with Johnny (the youngest Greaser), and leaves the house to find Johnny. It was at this time when Ponyboy and Johnny were confronted by Bob and his friends while walking in the park. After a long struggle, Johnny kills Bob to save Ponyboy from drowning, and in panic the two of them run to seek out Dally Winston, a runaway convict associated with Ponyboy’s gang.

Dally helps them escape the town, and Ponyboy and Johnny stay in Dally’s hideout cabin to evade the police. After weeks of life in the cabin, Dally finds them to inform them of the situation in the town. They leave the cabin to eat at a local Dairy Queen, then come back to find that the cabin is on fire, with several kids trapped inside. Worried that they were the ones who started the fire, Ponyboy and Johnny rush inside the cabin to save the kids. Ponyboy and Johnny make it out alive with the kids, but Ponyboy gets major burns and Johnny breaks his back in the process. They return to town in an ambulance and at the hospital they are reunited with the gang of Greasers. In the weeks following, a major fight takes place the Socs and the Greasers, and it ends with a truce after the police get involved. Ponyboy, after testifying at Bob’s trial, makes up his mind to write this story.

The Outsiders makes good use of the setting and the situation, and delivers a scene that gives a powerful insight into the personalities and thinking processes of each character in the book. I liked this presentation of the book, because characterization is very important to me in any good book or novel. The first person perspective of Ponyboy is also something that I like because it adds a humorous yet dramatic touch to the narration of the story that I think all young adult readers will enjoy.

Something that I disliked was the setting change in the escape scene of the story, because it takes away from the relatability and adds a completely twisted perspective on the story.

Although the setting change is not something I prefer, I would still recommend the book to all teens because it is a wonderful classic that can teach readers many lessons.

Check out The Outsiders at the Newport Beach Public Library.