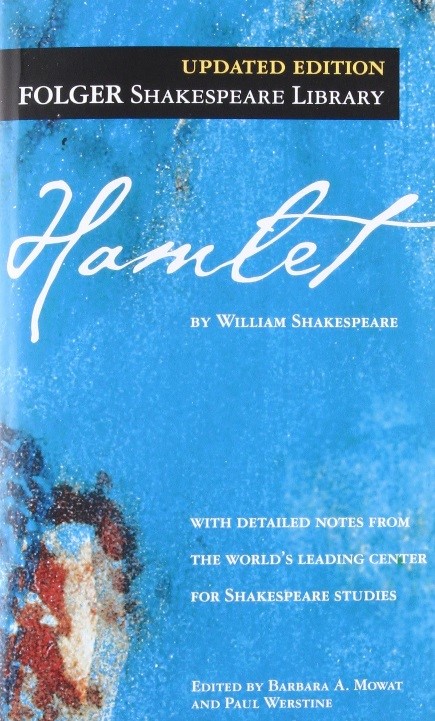 Hamlet by William Shakespeare starts off with the Prince of Denmark, Hamlet, arriving home from university to attend his father’s funeral. Upon his arrival, he is disgusted to discover that his mother has already remarried his uncle, Claudius. He also realizes that Claudius has made himself king, even though he was the rightful heir. Suddenly, Hamlet Sr.’s ghost appears and tries to talk to Hamlet. Once successful, he tells Hamlet that he cannot rest in peace since he was murdered, and it has remained unsolved. He says that Claudius poisoned him. He asks Hamlet to avenge him by killing Claudius. Hamlet then decides to act crazy from this point on. Hamlet evaluates the situation at hand, trying to make sense of it. He wonders if his father’s ghost is really a demon attempting to make him go to hell. He then devises a plan to put on a play for his mother and uncle, a play identical to how Hamlet Sr. was murdered. If Claudius even flinches during the play, Hamlet will know his destiny and that the ghost was telling the truth. This flawed plan works, as Claudius leaves the room after the scene in which the character is poisoned. During his quest for vengeance, he completely neglects his girlfriend Ophelia and accidentally kills a man named Polonius, Ophelia’s father. This causes Claudius to banish Hamlet to England. Claudius orders that Hamlet’s longtime-friends Rosencrantz and Guildenstern to spy on Hamlet, and then to arrange for the English king kill Hamlet. Hamlet discovers this ploy and has them both hanged instead. Later on, Hamlet’s girlfriend Ophelia seemingly has gone mad as she sings sad songs, mourning her father. She then drowns, and it’s left up to the reader to decide if it was intentional or accidental. Laertes, Polonius’ son and Ophelia’s brother, vows to avenge their deaths by conspiring with Claudius to kill Hamlet. Claudius plans a duel between Laertes and Hamlet, and decides to poison Laertes’ blade. For Plan B, Claudius will poison a goblet to give to Hamlet as a congratulatory act. Hamlet strikes first and doesn’t drink Claudius’ goblet. Gertrude, thinking Hamlet is winning, drinks from the goblet in celebration and dies. Laertes then drops his sword and Hamlet uses it to stab him. Laertes informs Hamlet he will die soon from his wound, too. He tells Hamlet that Gertrude’s death is Claudius’ fault. Hamlet, blinded by rage, stabs Claudius with the poisoned sword and makes him drink the rest of the poisoned goblet. Hamlet proclaims that Denmark should fall to Prince Fortinbras of Norway, and tells his good friend Horatio to tell the story of what happened. When Fortinbras arrives, he arranges for Hamlet to have a soldier’s funeral.

A major aspect of this play pertains to Hamlet and how he experiences guilt. Throughout the play, he is constantly trying to justify his actions, like killing Claudius and feigning insanity. At one point in the play, Hamlet has the most opportune chance of killing Claudius, but because Claudius was praying at that time, Hamlet decides not to kill him while he is performing such a holy act. He laments Ophelia’s death and even fights with Laertes over who loved her more, knowing he is responsible for both her inadvertent death and her father’s. He feels betrayed by his mother for marrying his uncle, citing this as incest. He only pretends to be mad in order to execute his plan of killing the king, but this only decimates all of his relationships and ultimately, himself as well.

I absolutely loved this play. I loved the characters and the plot, and the hidden humor and jokes secretly embedded within the acts. When I finished, I mostly felt awful for all the characters in the play. Claudius’ decision to kill the king out of pure greed really caused a chain reaction of horrible events, including his own death. I was actually mad at Hamlet Sr. for putting Hamlet into such a precarious situation: Denmark was widely Christian at this time, so he’s essentially asking his own son to spend an eternity of damnation just to avenge him. Also, when Hamlet Sr. recounts all of the things he misses from beyond the grave, he doesn’t even mention Hamlet. But, besides the problematic father-son relationship and my hatred for Claudius, I give this play a 10/10. I loved it so much and will be re-reading it again soon.

Check out Hamlet at the Newport Beach Public Library.