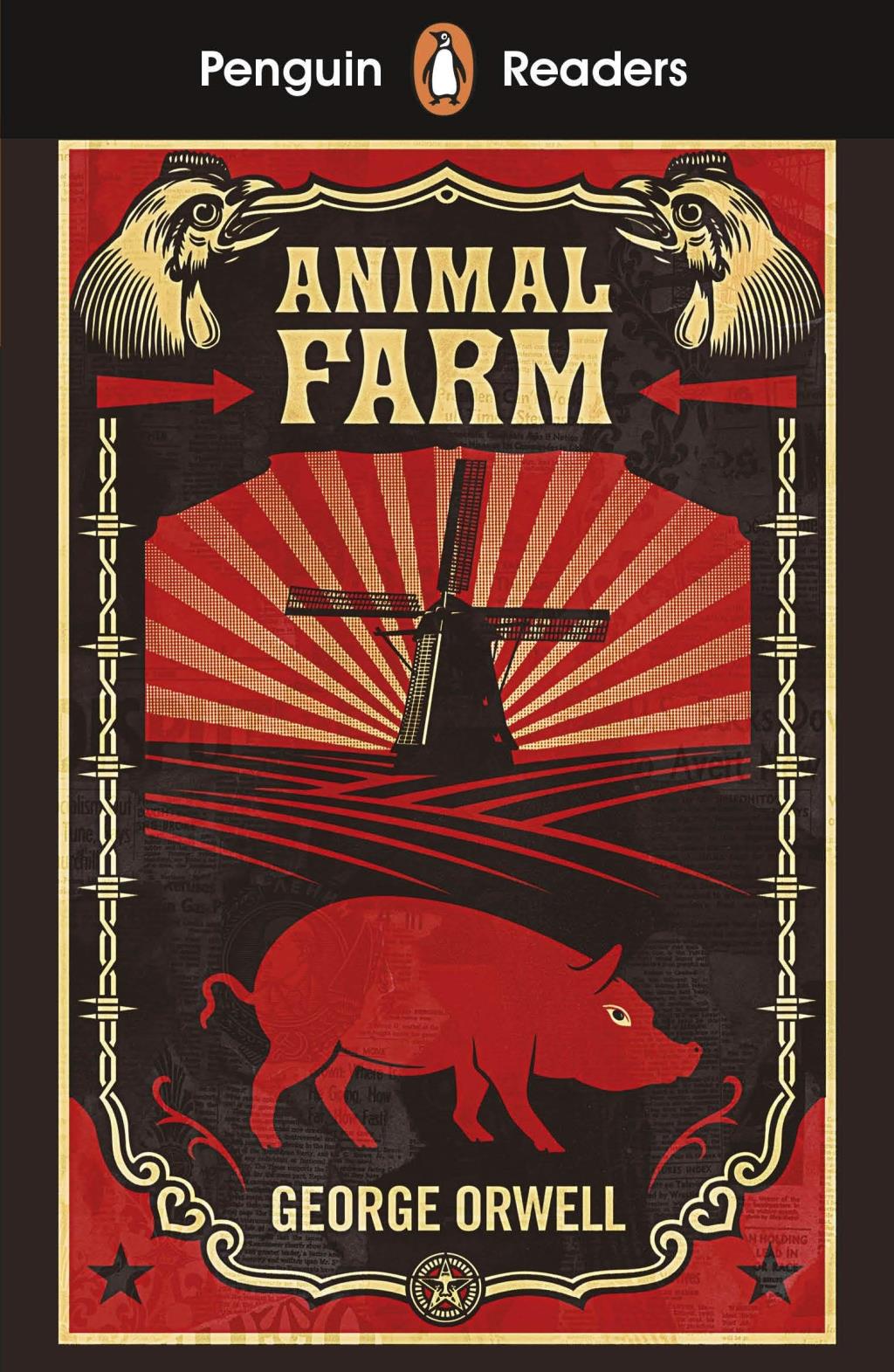 Animal Farm is a fictional novel by George Orwell. The name of the book is not deceiving, it is exactly what it is all about: an animal farm. It is an interesting novel as the main characters are animals on a farm and have names, communication, and even have almost a sort of government system. I would recommend this book to all ages as it is a double-sided book, it is very interesting. What I mean by this is, in younger children’s eyes, it would look like a fairytale with animals but to older audiences, they would know the book is very political and representative of some of America’s ideals about power and freedom.

So, in my opinion, it is a very interesting book to read, a very enjoyable one too. It is a book that you can analyze and have to think about it a bit but it is not difficult to understand. The word choice is pretty simple, not too many words you wouldn't understand, a great book for older elementary kids or middle schoolers. That doesn't mean it isn’t descriptive, Orwell uses superb diction to convey images inside your head (ex: “soon there were five buckets of frothing creamy milk at which many of the animals looked with considerable interest”) He makes the readers imagine how delicious and appealing the milk is to portray the animals’ interest in the milk. This is another one of those books that “flow” really well so that you don't put the book down. Using less sophisticated words makes it really easy to grasp the ideas of the plot making it an enjoyable reading experience.

What made me most intrigued by this book was that it is a satire of totalitarianism and shows that revolution can cause tyranny. From this, people from society must rise up for their rights which is very similar to America during British rule or even during World War Two with the fear of communism and totalitarianism and whatnot. I could talk about this all day but as of right now I will save you from the history lesson! So this is a great book to connect to history but also a good story to enjoy. There are some sad moments when you just sit there and ponder on about it, but nothing too heartwrenching which I like, there isn’t much drama, it cuts right to the story, it doesn't feel like the book is being dragged as it is a relatively short book.

Some people may not like that, there are some people who want to cry when they read a book or feel many overflowing emotions if you are expecting that from this book, you are not going to get it, just something to keep in mind. One of my favorite quotes from this book was “Man is the only creature that consumes without producing. He does not give milk, he does not lay eggs, he is too weak to pull the plough, he cannot run fast enough to catch rabbits. Yet he is lord of all the animals. He sets them to work, he gives back to them the bare minimum that will prevent them from starving, and the rest he keeps for himself.” This really shows the anger and frustrations that the animals had which caused a revolution. Anyways, I would definitely recommend this book to all people, young and old alike to read is it is a really good book to pass time and can also be very meaningful.