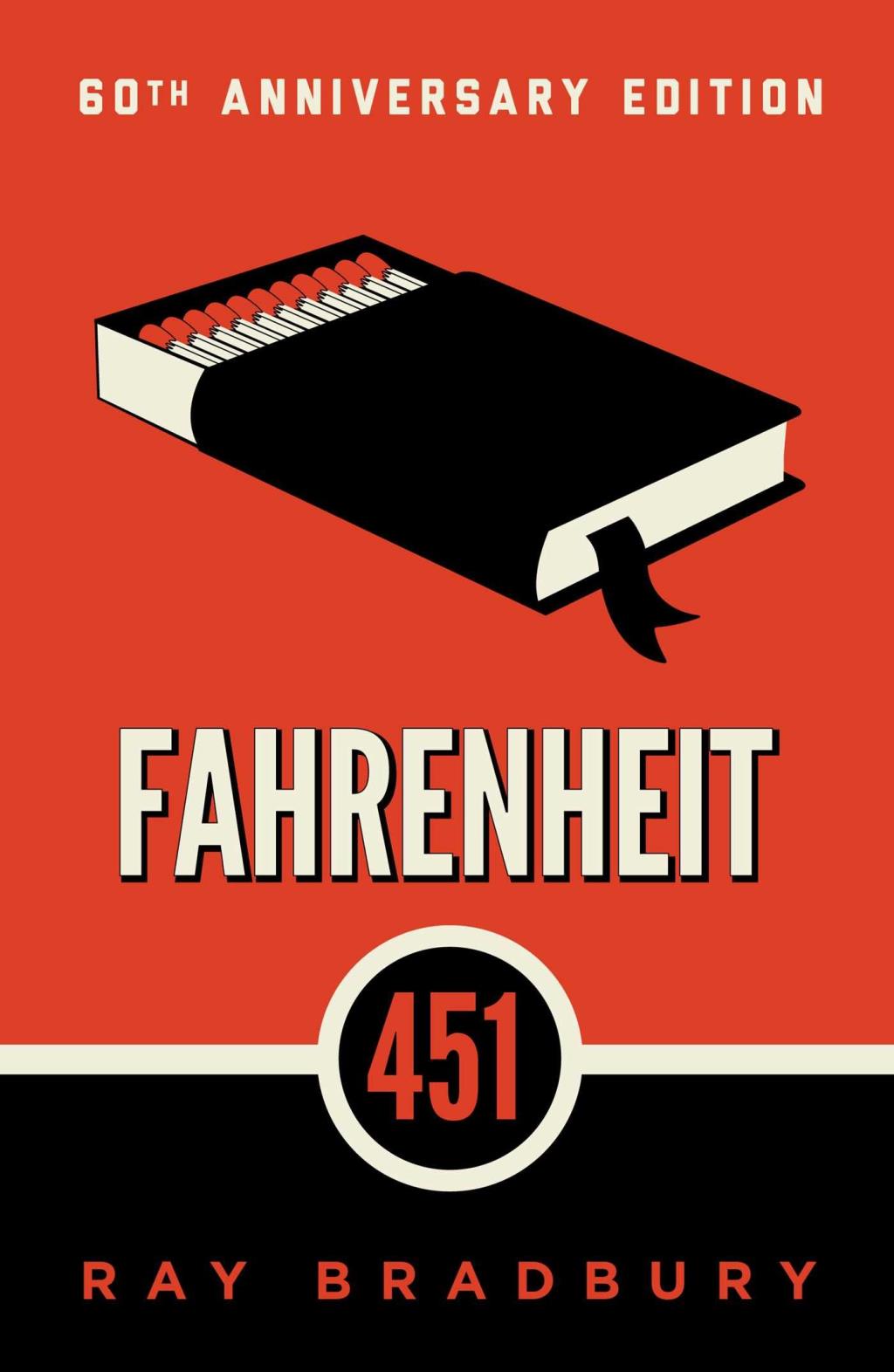 Recently, I read Fahrenheit 451 by the late Ray Bradbury, an acclaimed author known for his speculative dystopian society novels and short stories. From the very first few pages, Fahrenheit 451 is jam-packed with action. A man named Guy Montag is working as a firefighter, however the irony is that in this futuristic setting, his duty is to start fires and burn books, which are considered contraband. His wife, Millie, sits mindlessly entranced by the three large televisions in their living room everyday, watching the people onscreen whom she calls her “family”. In this bleak world where free will is restricted and censorship is enforced, a previously ignorant Montag meets his new neighbor Clarisse who introduces him to a past where people embraced knowledge and saw books as valuable. When Clarisse mysteriously disappears, Montag vows to carry on her ideals and begins hoarding a stockpile of books behind his kitchen cabinet. Yet another factor that is going on is a seemingly never-ending war, where Montag’s city is under constant danger from bombing raids. The rest of the novel details Montag’s struggle with his newfound desire to bring down this current society and his search for like-minded people who are part of an underground resistance effort. Readers initially dislike Montag for his actions early on, but will come to realize that they are rooting for him to succeed in the end. Watching Montag’s character development as the plot unfolds, seeing him unravel the truth of his society, and slowly devolve into the type of person he previously most feared is exhilarating.

Bradbury has a very distinctive writing style that is filled with rich figurative language. Many metaphors and instances of symbolism that carry a higher meaning given the themes of censorship and technology can be found throughout the novel, greatly enhancing the reading experience. It’s incredibly easy to visualize a scene in your mind, which I had a lot of fun with while reading. However, the syntax is oftentimes complicated and the reader must interpret a lot of what Bradbury is trying to say, which is why I would not recommend this book to anyone who is not in high school yet. If a reader were to struggle to finish the book because of its writing style, I would worry that they would not be able to enjoy Fahrenheit 451 fully.

I would wholly recommend Fahrenheit 451 to anyone, high schooler or adult, who enjoys dystopian novels that focus on the possibilities of a futuristic world, as well as those who love to imagine what the future would look like if humanity had access to unimaginable technology. I really enjoyed the fact that the events that occurred in this novel have a predictive quality about them, making readers eventually realize that this book is an analogy of sorts for our own present life as well as our future. Definitely super cool (and a bit scary!) to think about! Fahrenheit 451 is a fast paced, action-packed, suspenseful read. I hope readers can enjoy Fahrenheit 451 as much as I did!