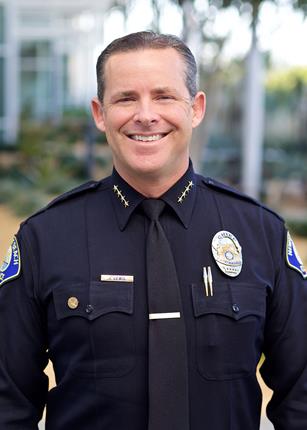 Jon has been highly involved in the Newport Beach community for many years. He is an active member of the prestigious Newport Beach Chamber of Commerce Commodore’s Club and serves on the Newport Beach and Company Board of Directors.  He is a graduate of the Leadership Tomorrow program and has served as Chair of the Board of Directors. He was a member of the 2014 Bowl Championship Series Host Committee and the 2015 Special Olympics World Games Committee. Jon also serves on the Regional Narcotic Suppression Program (RNSP) Executive Board, the Orange County Auto Theft Taskforce (OCATT) Executive Committee and the Orange County Commission to End Homelessness. He is a member of the Orange County Chiefs’ and Sheriff’s Association, the California Police Chiefs Association and the International Association of Chiefs of Police.

Jon holds a Bachelor of the Science degree in Criminal Justice with a Minor in Speech Communication from Long Beach State University and a Master of Arts degree in Criminal Justice from Chapman University. He is a graduate of several advanced law enforcement training courses including the Sherman Block Supervisory Leadership Institute as well as the Commission on Peace Officer Standards and Training Command College.