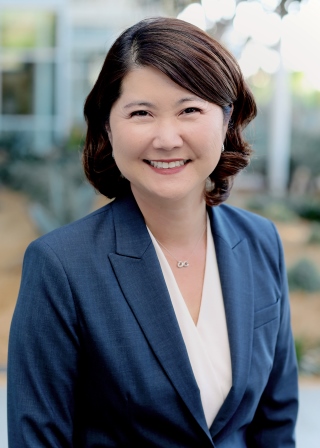 Grace Leung became city manager for the City of Newport Beach in September 2018.  She is responsible for City’s day-to-day operations, directing the staff of approximately 730 fulltime employees and 450 part-time employees, overseeing the services of 11 departments, and managing an annual operating budget of nearly $210 million.

Grace has more than two decades of experience working in local government. She began her career with the City of Long Beach and went on to serve the City of Sunnyvale for 18 years, specializing in municipal finance, budgeting and administration. During her tenure with Sunnyvale, she developed the city's performance-based budget and its 20-year financial plan, and served as the city’s finance director for six years. Grace left Sunnyvale to join the City of Irvine as its administrative services director. She was soon promoted to assistant city manager and later to acting city manager, overseeing the city’s operations and leading its Administrative Services, Community Services, Community Development, Transportation and Public Works departments.

Grace holds a Bachelor's degree from Columbia University in Urban Studies and a Master's degree in Public Policy from the Kennedy School of Government at Harvard University.  She is a member of the International City Managers’ Association.

Grace, and her husband Jim, have two children, Skylar and Miles. Her hobbies include supporting her children in their activities, volunteering with Skylar through National Charity League, and outrigger canoeing in Newport Harbor.